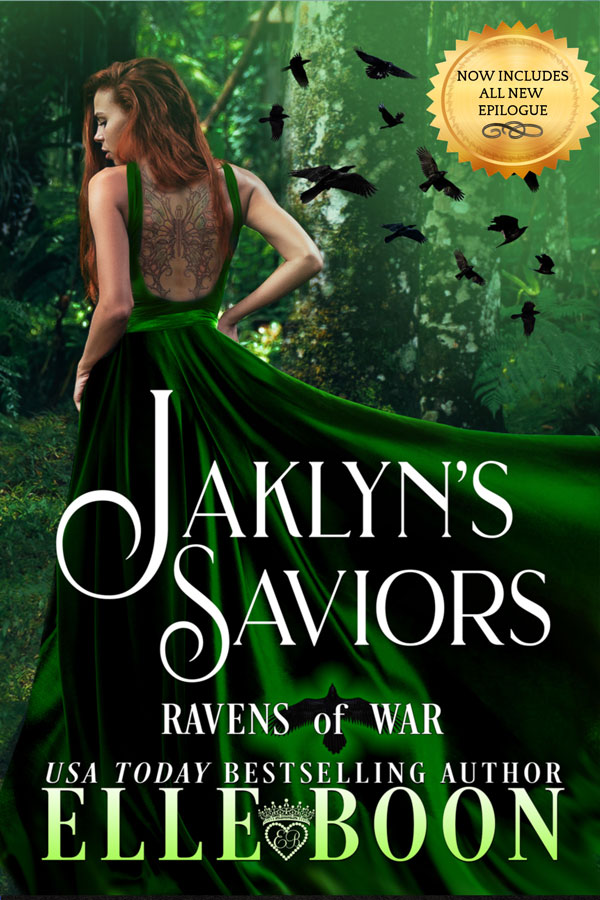 Can She Trust Her Heart To The Ravens?

Or Is The Pain From Her Past Too Fresh?

SHE KNEW ALL ABOUT PAIN…Jaklyn Marx learned at a young age what pain was at the hands of her father. For seventeen years she’d lived with the physical scars, and the knowledge that she was a latent wolf. When she meets two men who claimed she was meant to be theirs, she ran.

THEY KNEW ALL ABOUT WAITING…Gray and Colt had been searching for their Fated for thousands of years. When she ran they were prepared to do anything to find her and keep her, even call on a goddess for help.

THE PAST WASN’T MEANT TO STAY GONE…Just when the trio finds happiness a demon from their past threatens to destroy them. Jaklyn refuses to allow her father to take anything else, especially her newfound love for the two men who save her past, present, and future.

LOVE WILL TEST THEIR BONDS…They will need more than just love to defeat Seamus and his tainted pack. They’ll need the help of all the Ravens and a god or two in order to destroy something Cronus created.

Amazon I Barnes & Noble I Apple Books I Kobo

Elle Boon is a USA Today Bestselling Author who lives in Middle-Merica as she likes to say…with her husband and Kally Kay her black lab and writing partner. She has two amazing kids Jazz and Goob and is a MiMi to one adorable little nugget named Romy or RomyGirl who has totally won over everyone who sees hers. She’s known for saying “Bless Your Heart” and dropping lots of F-bombs, but she loves where this new journey has taken her and has no plans on stopping.

She writes what she loves to read, and that’s romance, whether it’s about Navy SEALs, or paranormal beings, as long as there is a happily ever after. Her biggest hope is that after readers have read one of her stories, they fall in love with her characters as much as she did. She loves creating new worlds, and has more stories just waiting to be written. Elle believes in happily ever afters, and can guarantee you will always get one with her stories.