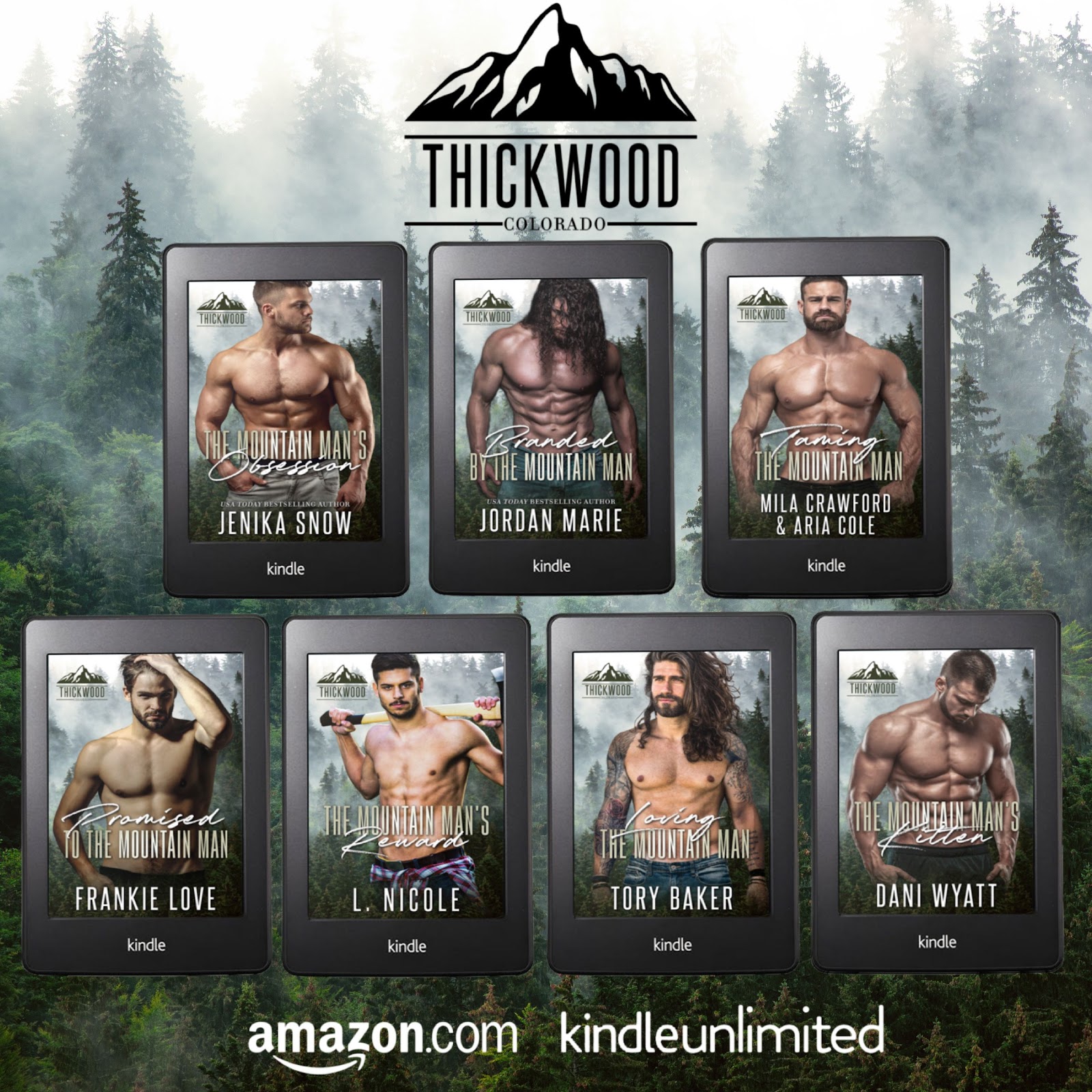 In Thickwood the men work hard but love harder.
Jenika Snow, Jordan Marie, Mila Crawford, Aria Cole, Dani Wyatt, Frankie Love, Tory Baker, and L. Nicole have teamed up to bring you THICKWOOD, CO.
This series is all about possessive, alpha, and over-the-top mountain men who will stop at nothing to claim their women.
During the entire month of April, you’ll get 7 books (and mountain men) to binge read!
We’ve got you covered on the dreamy insta-love filth you’re looking for! 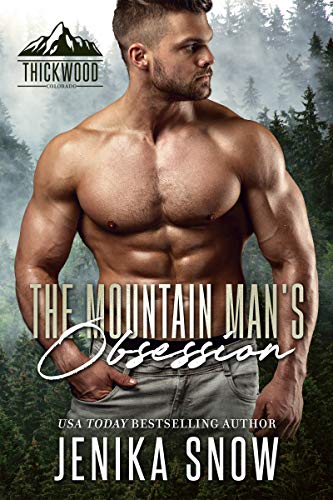 Monday 4/6: The Mountain Man’s Obsession by Jenika Snow
Amazon
Goodreads
Mateo
I kept my distance from people, living alone, being celibate. And that made me content, happy. I was known as the Bogeyman in Thickwood, Colorado, and I was fine with that title if it meant I wasn’t bothered.
But then I saw her. And in that moment, I knew I had to have her.
Curvy and thick, young and innocent, Charlotte was everything I didn’t know I wanted in life. I was instantly obsessed.
Something changed in me in that moment, this need, possession, territorial desire that claimed me until I knew it wouldn’t go away until she was mine.
So that’s what I’d do. I’d make her mine. I’d show Charlotte that she was meant to be claimed by me. And if I had to throw her over my shoulder like a caveman and take her back to my isolated cabin to prove that, I’d do it without shame or guilt.
I’d do it with pleasure.
And by the time I’m done with her, Charlotte would know the lengths I’d go to keep her, not only in my life as my woman, but also in my bed… sated. 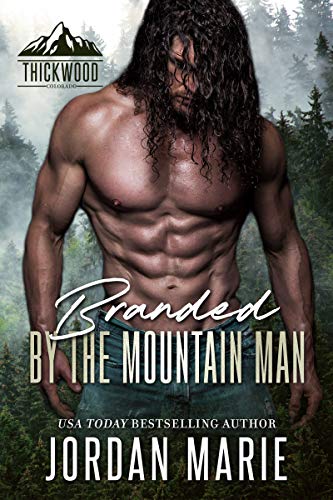 Thursday 4/9: Branded by the Mountain Man by Jordan Marie
Amazon
Goodreads
Scars run deep.
There are some you can see and some you can’t.
Braden Carter has both.
His physical ones are easier to deal with than the ones that torture his mind.
He moved to Thickwood, Colorado, for one reason and one reason only.
To be alone.
Ophelia Jessup is a free spirit.
Her road to Thickwood has been a series of chances.
In her mind, life is hard. The only way to survive is to laugh and love.
Some people call her stupid—a silly modern-day hippie.
Ophelia doesn’t mind. In fact, she embraces the nickname.
She’s never met anyone more in need of love than Braden Carter.
He warned her away. She ignored him.
He told her he couldn’t be fixed.
But Ophelia is determined. She’s going to heal Braden’s scars.
One kiss at a time. 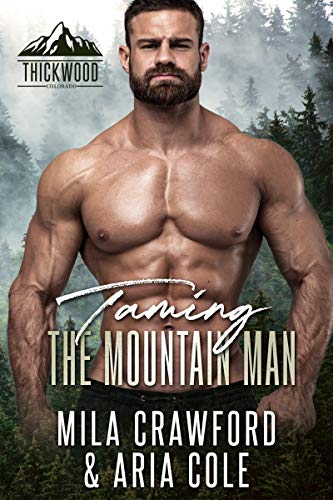 Monday 4/13: Taming  the Mountain Man by Mila Crawford & Aria Cole
Amazon
Goodreads
Elliot Shephard has made the term “reclusive mountain man” into an art form. His job as sheriff of Thickwood is vital to his desire for law and order. Life growing up was no fairytale, but it shaped him into the man he is today. He didn’t think he needed anyone, completely content living in the fringes of the mountain town with just his trusted dog for company.
He’d always seen the world as black and white until she came blazing into his life, full of color and vitality.
Now all he can think about is making her, his. 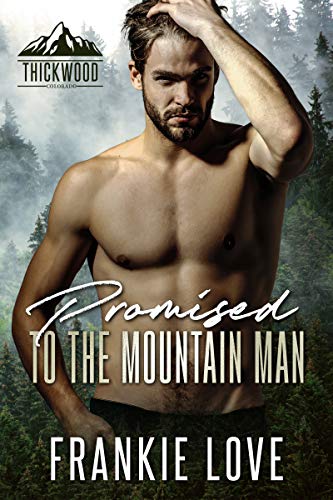 Thursday 4/16: Promised to the Mountain Man by Frankie Love
Amazon
Goodreads
I saved a man’s life.
In return he promised me a bride.
I didn’t think he was serious.
But when his daughter shows up at my cabin, I realize it was no joke.
She’s been sent here as my wife.
Hattie’s a curvy thing with copper-red hair but there’s no fire in her eyes.
This girl is broken. Scared. And goddamn terrified of a hard-ass mountain man like me.
She thinks this was my idea, my plan … and no amount of explaining can change her mind.
But when tragedy strikes, she’s forced to put her feelings aside.
We’re in this together now, whether she likes it or not.
Dear Reader,
Ready for a forced-fiancée, a forest fire, and a few frisky encounters!?
Hattie and Holt are fire and ice … that means someone has to melt!
Holt is hot, horny and hard.
Get ready to fan this flame!
Xo, frankie 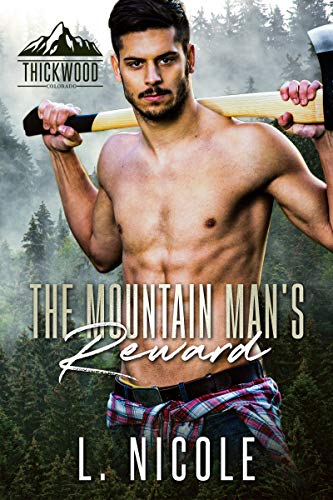 Monday 4/20: The Mountain Man’s Reward by L. Nicole
Amazon
Goodreads
Funny, sweet, curvy, and giving, Cora Lance is almost perfect.
She owns the local beauty shop, Hair to Eternity.
(Yeah, she’s a little quirky.)
Firefighter, Judd Wellington has had his eyes on Cora for quite a while.
He likes everything he sees in the pretty little red head.
He hasn’t made a move, because she’s the Fire Chief’s daughter.
That means sweet little Cora is off limits.
Judd is determined to lock down his need for Cora.
He figures the best way to do that is to avoid her and to never, ever be alone with her.
But what happens when the town of Thickwood, Colorado, is flooded, leaving Cora and Judd trapped in his cabin completely alone with nothing to do.
But each other. 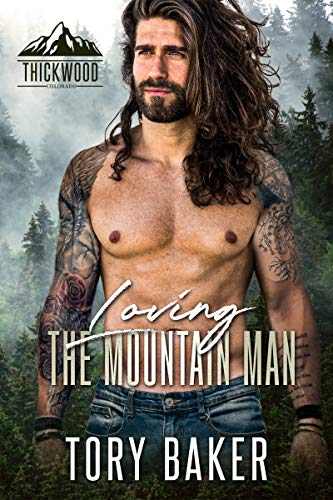 Thursday 4/23: Loving the Mountain Man by Tory Baker
Amazon
Goodreads
Billionaire recluse Hudson Walker moved to Thickwood, Colorado, from upstate New York.
No one really knows what he does for a living. They just know that he grumbles every time he has to come into town.
That is until he sees Jules Russell.
Jules Russell owns Jules Junk, the antique and vintage shop in town.
When Hudson walks into her store with a smile on his face, the air around them sizzles.
Jules has the two things in life she loves, her French Bulldog, Beau and her shop. That’s all she needs to be happy.
Her outlook begins to change when Hudson starts coming into her shop on a regular basis.
After all, Hudson makes it clear it’s not antiques he’s looking for to brighten up his life.
It’s Jules.
Tory is coming at you with an all new exciting book that is sure to sweep you off your feet. It’s safe, a guaranteed happily ever after, with an Alpha Hero so in love our heroine doesn’t stand a chance. 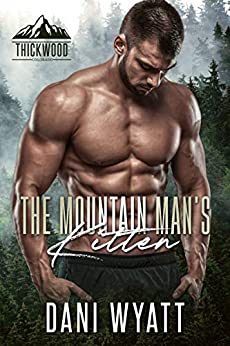 Monday 4/27: The Mountain Man’s Kitten by Dani Wyatt
Amazon
Goodreads
For three years I hid in the shadows watching her.
Which is no easy task when I have to duck to get through doorways and Dwayne Johnson would need to bulk up to give me a run for my money.
I’d could take on a tank and have it turning tail and calling for mama. Me, Miller ‘The Grip’ Graham, is terrified of one thing and her name is Katarina – my kitten – Harcourt. She’s my everything with sapphire eyes, slow voluptuous curves and a smile that would make the devil reform.
Trouble is, around her, I can’t seem to get a word out. But today is my day. I’ve just won the log toss at the local Lumberjack Jamboree and I’m riding high. I see her, my dick is hard and it’s go time.
The minute I gather my courage, stomp over to claim what is mine, she hands me something that nearly tears my world apart. I thought I was here to save her, turns out I’m the one that needs saving.
Author’s Note: This mountain man has met his match. When the object of his obsession hands him a tiny bundle of furry fury, he’s in way over his head. He needed her before, but who knew a tiny kitten could bring this hulk to his knees. She’s taming the tiny beast and melting the heart of another. A happily ever after from the top of the mountain—where they can both see forever.
I’m so excited to announce that I’ve teamed up with Jordan Marie, Mila Crawford, Aria Cole, Dani Wyatt, Frankie Love, Tory Baker, and L. Nicole to bring you THICKWOOD, CO.
In Thickwood the men work hard but love harder.
This series is all about possessive, alpha, and over-the-top mountain men who will stop at nothing to claim their women.

"The truth may hurt for a little while, but a lie hurts forever."--Ryan Bigge
The Naked Fisherman by Jewel E. Ann is releasing September 30, 2021!
Everything has a price, every debt always comes due, and it's finally time for Patrick to pay his.
The only thing more dangerous than kissing the enemy... sleeping with the enemy. Good thing I had no intentions of doing either.
A sexy, new stand-alone in the Dalton Brothers Series from USA Today best-selling author Marni Mann …
When you least expect it, love points you in the right direction.