From New York Times bestselling author Aleatha Romig comes a brand-new dark romance, Ashes, set in the same dangerous world as Sparrow Web. You do not need to read the Web of Sin or Tangled Web trilogy to get caught up in this new and intriguing saga, Web of Desire.

“From what I’ve tasted of desire, I hold with those who favor fire…” ~ Robert Frost

Patrick has awakened a fire I forgot existed. Will this renewed desire warm my soul or consume my world?

Is it too late?

Will the life we yearn to have survive the ashes?ASHES is book three of the WEB OF DESIRE trilogy that began with SPARK, continued with FLAME, and concludes in ASHES.

Get Your Copy Here: 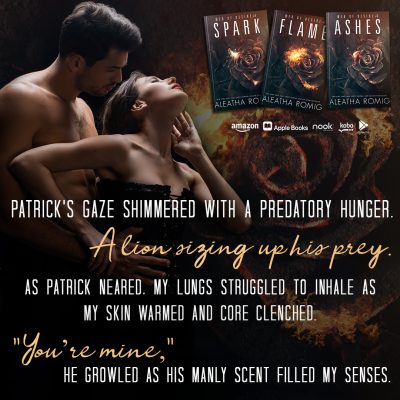 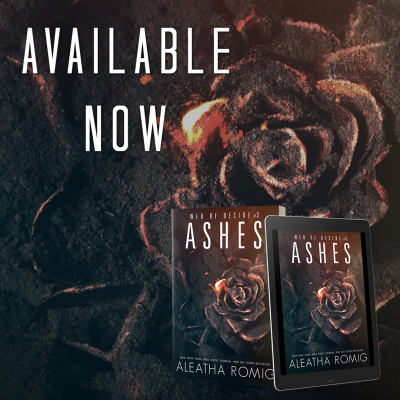 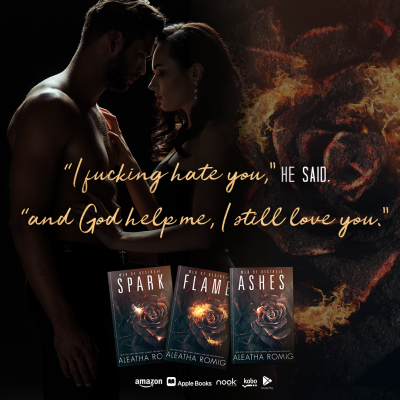 Spark & Flame – book 1 & 2 of the Web of Desire Trilogy and is available NOW! 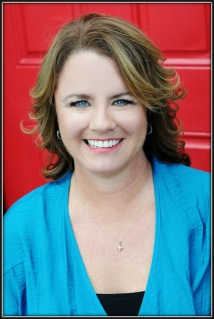 Aleatha Romig is a New York Times, Wall Street Journal, and USA Today bestselling author who lives in Indiana, USA. She grew up in Mishawaka, graduated from Indiana University, and is currently living south of Indianapolis. Aleatha has raised three children with her high school sweetheart and husband of over thirty years. Before she became a full-time author, she worked days as a dental

hygienist and spent her nights writing. Now, when she’s not imagining mind-blowing twists and turns, she likes to spend her time a with her family and friends. Her other pastimes include reading and creating heroes/anti-heroes who haunt your dreams and bring your imagination to life!

Aleatha released her first novel, CONSEQUENCES, in August of 2011. CONSEQUENCES became a bestselling series with five novels and two companions released from 2011 through 2015. The compelling and epic story of Anthony and Claire Rawlings has graced more than half a million e-readers. Aleatha released the first of her series TALES FROM THE DARK SIDE, INSIDIOUS, in the fall of 2014. These stand alone thrillers continue Aleatha’s twisted style with an increase in heat.

In the fall of 2015, Aleatha moved head first into the world of dark romantic suspense with the release of BETRAYAL, the first of her

five novel INFIDELITY series that has taken the reading world by storm. She also began her traditional publishing career with Thomas and Mercer. Her books INTO THE LIGHT and AWAY FROM THE DARK were published through this mystery/thriller publisher in 2016.

In the spring of 2017, Aleatha released her first stand-alone, fun, and sexy romantic comedy with PLUS ONE, followed by the sweet stand-alone, ONE NIGHT.

Aleatha is a “Published Author’s Network” member of the Romance Writers of America and PEN America. She is represented by Kevan Lyon of Marsal Lyon Literary Agency.

Oh wow! What a great story from beginning to end with this whole trilogy. All the twist and turns of Maddie and Patrick’s story kept me guessing and my mind all over the place. Just when I thought I had it figured out there would be another revelation that I never saw coming. Ashes was a great ending to this trilogy and brought out every emotion possible. Aleatha knows how to keep her readers on the edge of their seats all while giving them the hotness that they so desire out of a great book. Loved this trilogy from beginning to end and highly recommend that you dive into this one.

We are excited to share the #CoverReveal for Ruin the Friendship, by @saclaytonauthor . Keep reading for more details about this sexy, best friend’s sibling romance plus add it to your Goodreads today!
Olivia by @authorbrookeramsey is releasing October 3, 2022!
Author Kacey Sheahas revealed the covers for Wild Hearts!
When You Were Mine by @idabradyauthor is releasing October 4, 2022!
Author @elenar139 has revealed the cover for Half Truths: Then!
Download Descension by B. C. Burgess and start The Mystic Series today!