Maddy is offering a few lucky readers the chance to win an ebook of Dare to Hope from ibooks or another ebook format. Please use the Rafflecopter below to enter! You may enter each day for a chance to win so be sure to follow along with us on the Pre-Order Tour.

Dare to Hope is now available for Pre-Order on B&N, Apple Books or Kobo. After it’s release it will only be available on Amazon, so Hurry! Go Pre-Order your copy if you prefer these formats for reading.

About Dare to Hope:

She’s Betting on Love and the Stakes are High

The “Crazy Eights,” eight women who have been friends for 30 years, have a powerful connection yet rarely see each other. At a pivotal time in their lives, they create a way to remedy this predicament, an audacious dare contrived to bring them together for weddings – each participant must get married within twelve months. The stakes are high. Win the bet and lose your heart; or lose the bet and perform a personally mortifying task.

In the first of their stories, we meet Eliana, beautiful and brilliant, but starting over, focused on her career, not on some foolhardy dare. Longing for a family but recently divorced and on her own, Eliana sets her sights on a new job, a new home and accepting her single, childless status. Independent and determined, she has no idea that in less than six months she will both win and lose her heart’s desire.

Jeremy Klein, genius engineer and inventor, is also making life changes. He’s sold his startup to a major medical device company, becoming President and CEO, and a billionaire before he is forty. Although he’s gun-shy about the dating game, Jeremy knows it’s time to apply his smarts, sex appeal and new-found success to finding true love.

When Eliana meets Jeremy, they bond quickly. The couple has so much in common and a chemistry that sizzles. Winning Eliana feels like a fantasy come true to Jeremy. Their attraction is immediate and electrifying, and a one-night stand morphs into planning a future. But plans change. On track to wedded bliss, baby and all, Jeremy and Eliana are derailed by accusations that threaten their relationship, Eliana’s career and Jeremy’s future as CEO.

Spies, lies, allegations and misunderstandings abound, threatening to destroy their happiness. That is, until those “Crazy Eights” get involved, scheming and manipulating to win Eliana her happily ever after. Can a group of determined friends help Eliana and Jeremy hold onto love?

In the tradition of The Beguiling Bachelor Series, Madison Michael creates a romance series about independent and sassy women, sexy and successful men, true love, and lasting friendships.

An Excerpt from Dare to Hope:

His grin was devastating up close – wide and welcoming, with a hint of naughtiness and the promise of shared pleasures. But it was his eyes, deep coffee brown and fringed with long dark lashes that were his best feature; piercing, intelligent and inquisitive eyes, trained on her.

Please, God, Eliana prayed quickly, do not let this man be the new sales manager. It would be lamentable if she had to keep him at arm’s length. He was the first man Eliana had felt drawn to since Nico. If she was honest with herself, he was the first man she had ever felt this attracted to so immediately. It was enough to make her believe in love at first sight or fate.

“Hi,” he stepped closer, ignoring the empty stool beside her to halt just inside her personal space. Usually, Eliana would have reflexively backed up, but she savored his closeness, the power emanating from his presence. Even in this stuffy bar, he smelled good – fresh, like soap and good whiskey. And up close, his eyes were more magical – a hint of gold dancing in their depths.

“Hi,” she responded on a breath, letting the single word hang there for a moment before adding “You aren’t in sales, are you?”

“Nope.” If he thought it was a strange conversation starter, he kept it to himself. “Engineering and design, although I have dabbled in sales. I could be in sales for you,” he offered in a voice smooth as brandy, redolent with sexual promise and a hint of curiosity. She laughed at his offer. “Are you in sales?”

“Yes, I am. I was thinking of what a crime it would be if you turned out to be my new boss. I’m meeting him tomorrow.”

“Jeremy,” he responded, extending his hand to shake hers. “Not in sales. Is your boss named Jeremy?”

“Thankfully, not.” Eliana extended her hand, savoring the moment as Jeremy wrapped his long fingers around hers. She noticed there was no wedding band as she admired the strength and length of his fingers, the fine hairs on the back of his hand, and his grip – warm and dry. His skin was soft over fine bone and healthy muscle. Everything about him captivated her. “Eliana.”

Jeremy seemed in no hurry to release her hand, but after several beats too long for politeness, Eliana pulled hers from his. “Is this seat taken?” he asked, already sitting down, not thinking twice about it. “Or perhaps that table against the wall? I am anxious to learn why you don’t know who you work with, Eliana.”

Eliana laughed and watched as Jeremy’s breath stopped. His every emotion was transparent, especially the desire flaming in his eyes right now. A passion she reciprocated. Wholeheartedly. She couldn’t remember such an instantaneous attraction. But with Jeremy, she felt electricity and lust move through her entire body, just from the touch of his hand and the sound of her name spoken in his rich baritone.

“Eliana,” he rolled the word around his mouth as if tasting a fine wine. “What a lovely name.” Eliana panties dampened. He was just saying words, but their underlying promise was undeniable. She wanted to be alone with him. She wanted to be naked with him. And all she knew was his first name.

Eliana nodded toward the table, questioning her sanity. She was sure about what this man wanted, but after only minutes, her body governed her head. Jeremy spoke briefly with the bartender, passed him a fifty like it was a single, and motioned for her to lead the way to the empty table. Before they had settled in their chairs, both had fresh drinks. Earlier, the bartender

had responded to her beauty with decent service and half-hearted flirting, but he reacted with alacrity to the big tip.

“So, spill,” Jeremy directed, leaning forward on his elbows and putting his mouth dangerously close to hers. Just a few inches, Eliana imagined, and they could be kissing. “I am dying to hear your story. I want to know absolutely everything about you.” The way he lingered on the word ‘everything’ made Eliana wetter still. Oh man, she was in way over her head. 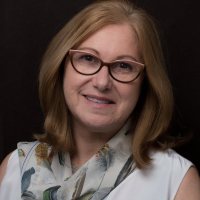 Madison Michael loves to binge news, movies, books, Oreos and romance – reading romance novels, writing romantic stories, watching Rom-Coms over and over. Maddy has spent her self-isolation fretting about the health of her friends and neighbors and catching up on TV programs from ten years ago. Hunkered down with her cat, Gracie, and a Zoom life-line to the world, she is wondering how people date and social distance, how much junk food she can consume in a day and why Gracie only wants to play when Maddy needs to work.

Oh, and Madison is also hard at work on the rest of the Double Dare Romance series. Watch for more of the series in Autumn and Winter, 2020.

All Caught up on Madison’s Books?

Four Successful, Sexy Men meet their matches – and how!

(available only when you sign up to be an Insider)