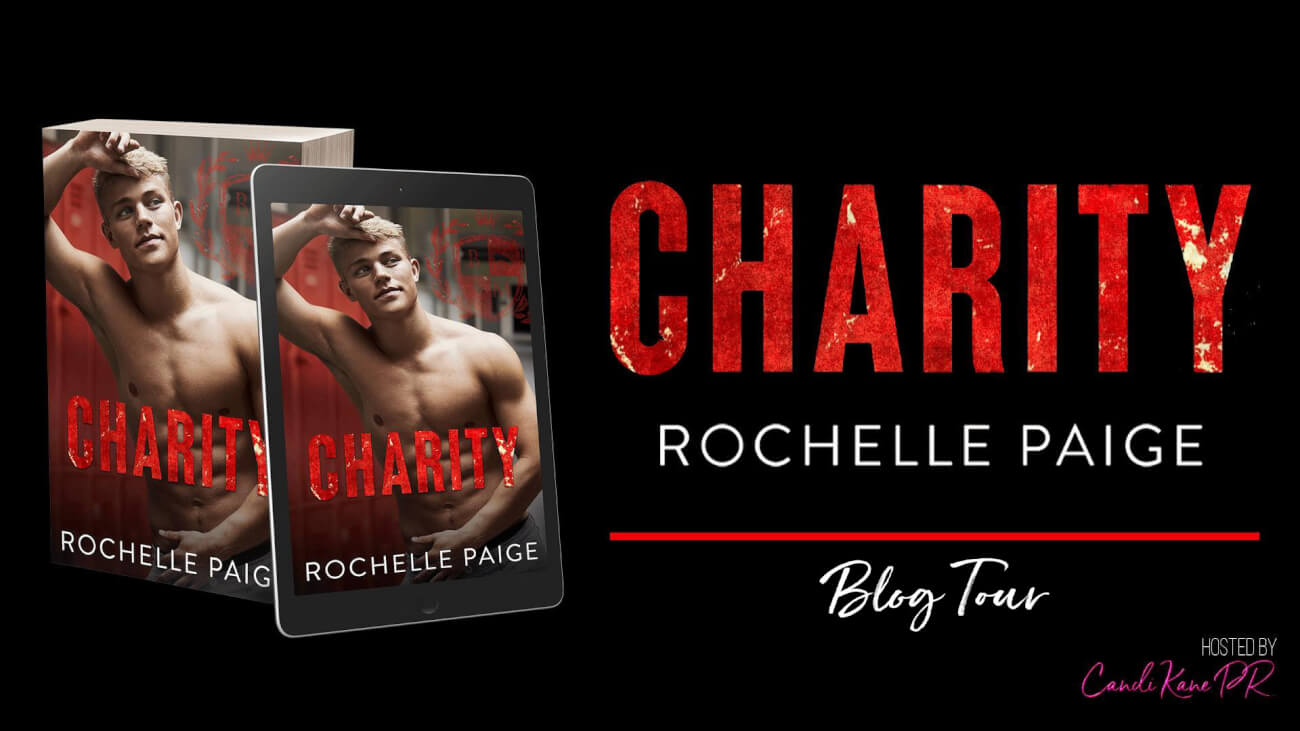 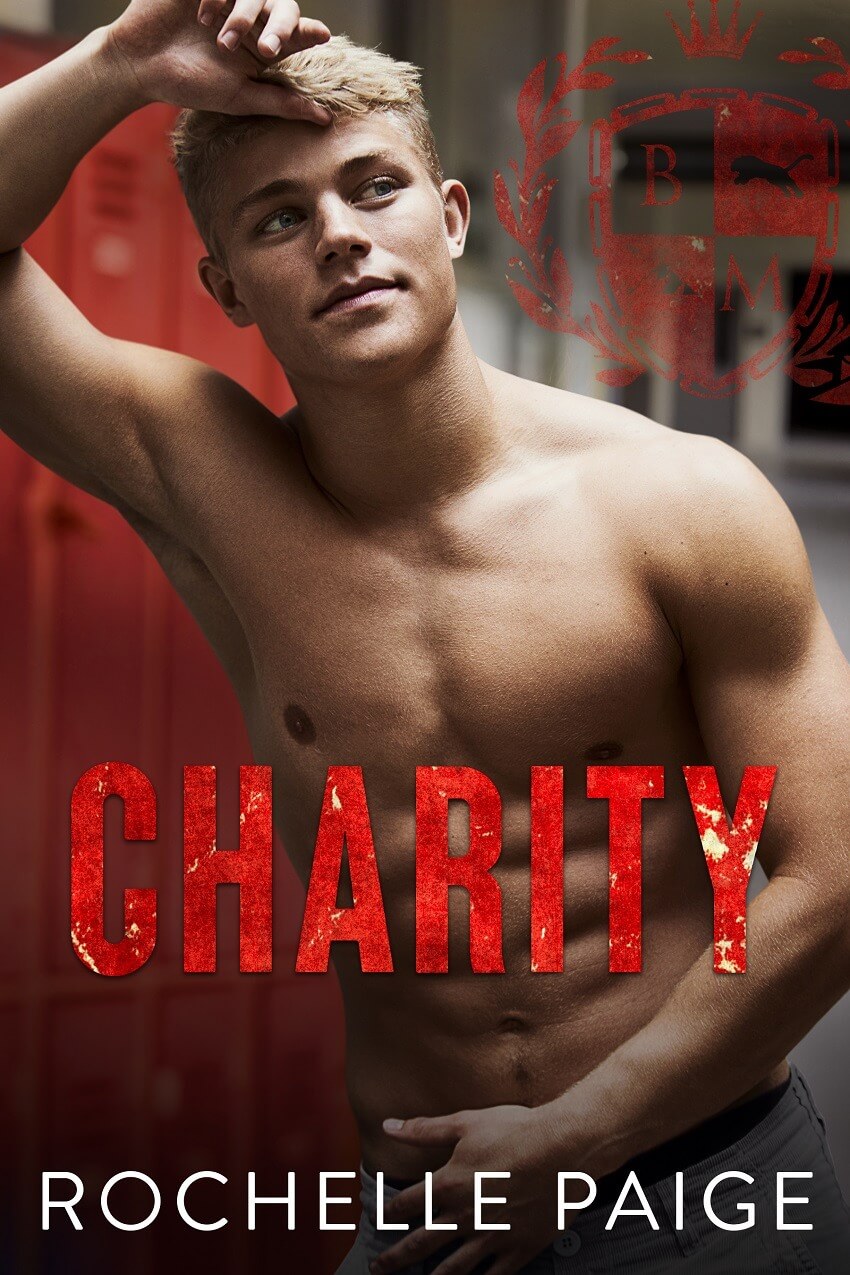 Blurb: Corby King’s skill on the ice was the only reason he ended up switching schools his senior year. He was being scouted by pro hockey teams, and his new foster dad thought Corby was the key to the Cougars winning a state championship.   Cutting through red tape was easy when you had money to burn, but Corby didn’t complain. Playing for his rival team was a small price to pay for a better chance at a full-ride to college.   What Corby didn’t expect was to meet someone he’d grow to love as much as hockey. Emmeline Cushing grew up in a different world than him, but Corby was determined to claim the shy girl who stole his heart.

“Good morning, Emmeline. Are you all ready for the new school year?”

“Yup.” I nodded as I walked to stand in front of her on the other side of the long counter. “My schedule is great, and I’m looking forward to it.”

“Of course, it’s great.” Ms. Jansen pointed at the glass case on the wall to my left, where the school posted the lists for perfect attendance and honor roll. My name was on both and had been every semester I had been a student at BMA. “After all those dual enrollment courses you’ve taken, you only need a couple more classes to graduate.”

Thinking about how light my schedule was this year, I grinned. “Which is why I’m the office aide during first period and have a study hall at the end of the day.”

“Oh, that’s right.” She swiveled in her chair to grab a sheet of paper from the printer. “Your first task of the day is to show one of our new students where each of his classes are. He did a quick tour last month, but you know how difficult it can be to navigate our building when you’re unfamiliar with everything.”

I glanced down at the paper after she handed it to me, and my breath caught in my throat when I recognized the name printed there—Corby King. Holy crap, I was going to spend the next half hour or so guiding my new hot neighbor around the school. My mind was further blown when I scanned down the list of his classes and realized I had two classes and lunch with him. We also had study hall together during last period, but most students used that as an early dismissal instead of staying on campus. I was going to be seeing a lot of him around school—and I wouldn’t even need to bring my binoculars.

“Sorry to interrupt. I was told to come in early for another tour before classes started.”

I whirled around at the sound of the deep voice, and an awkward laugh bubbled up my chest. Corby had no idea what I’d just been thinking, but my cheeks filled with heat as though he did. I went to wave at him in greeting, but I forgot I was holding the printout of his schedule and almost gave myself a paper cut on my nose. Luckily, his gaze was aimed at Ms. Jansen, so he didn’t catch how lame I was right off the bat.

He was even hotter up close than he had been all those times I’d gawked at him as he ran past my house. His blond hair was a little on the longer side, and a lock had dropped onto his forehead. His eyes were crystal blue, and his skin was lightly tanned. The white material of his polo stretched tight across his broad shoulders, and his biceps bulged just below the short sleeves. He had a good eight or nine inches on me, and I kept casting glances up at him out of the corner of my eye, so he didn’t realize I was staring at him.

“You must be Corby?” He nodded, and Ms. Jansen continued, “Emmeline is going to show you to each of your classes.”

His blue eyes focused on me, and butterflies swirled in my belly. He gave me a head nod and said, “Hey.”

“Hi.” Getting that one tiny word out was hard enough. I couldn’t imagine what I was going to say to him while we were walking around. Just the two of us. Dang, I really needed to pull myself together before I started to hyperventilate.

About Rochelle Paige: I absolutely adore reading—always have and always will. When I was growing up, my friends used to tease me when I would trail after them, trying to read and walk at the same time. If I have downtime, odds are you will find me reading or writing. I am the mother of two wonderful sons who have inspired me to chase my dream of being an author. I want them to learn from me that you can live your dream as long as you are willing to work for it. When I told my mom that my new year’s resolution was to self-publish a book in 2013, she pretty much told me, “About time!” Connect w/ Rochelle: Website: http://www.rochellepaige.com/ Facebook: https://www.facebook.com/rochellepaigeauthor/ Facebook Group: https://www.facebook.com/groups/RochellesRacyReaders Twitter: https://twitter.com/RochellePaige1 Instagram: https://www.instagram.com/rochellepaigeauthor/ Goodreads: https://www.goodreads.com/author/show/7328358.Rochelle_Paige Amazon: https://amzn.to/2XRRB8E Bookbub: https://www.bookbub.com/authors/rochelle-paige Newsletter Signup: http://eepurl.com/Ly1Tn

Charity by Rochelle Paige
My rating: 4 of 5 stars

Charity is a sweet cute read. I loved the characters Emme and Corby. He’s a kid from foster care that has a chance to go to an elite private school. His character has been a relief. I love getting stories about genuine nice guys and that exactly what Corby is.
Emmeline is the sweet, innocent rich girl who has captured his attention. Together they make an amazing couple. I really enjoyed this book and definitely recommend it.


View all my reviews