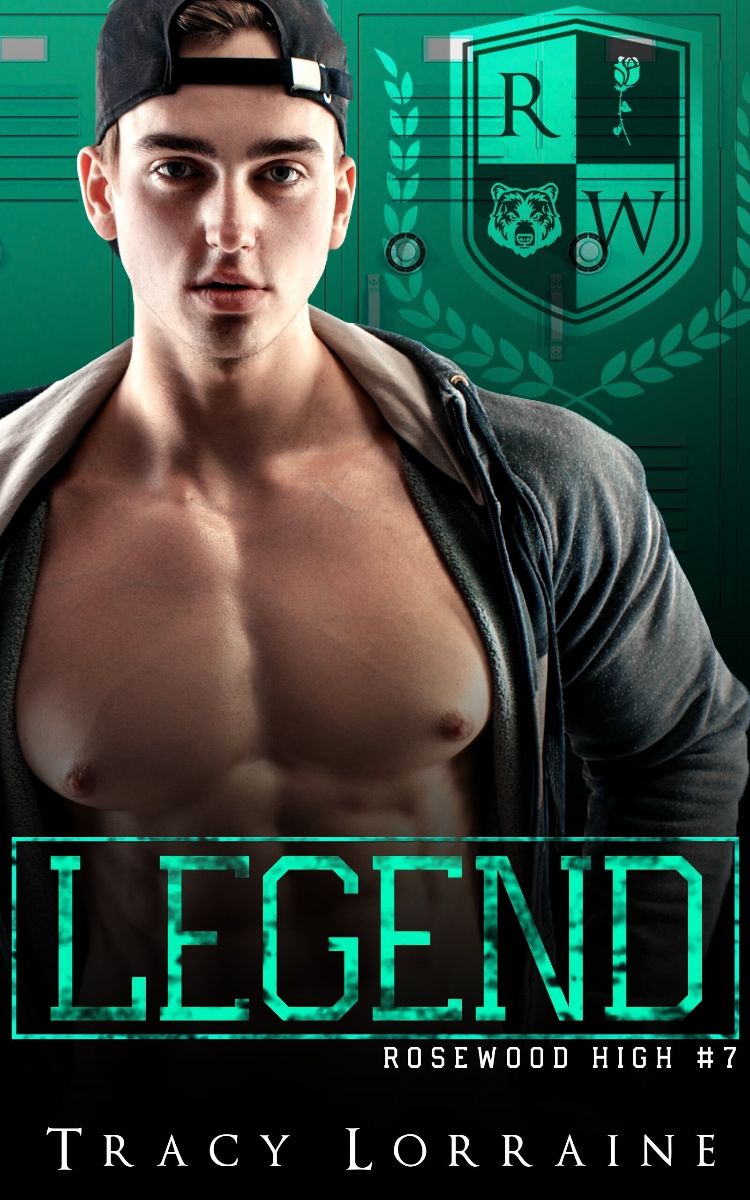 I made one mistake…
And she made one phone call that nearly destroyed my life.
I’ve spent the past year plotting my revenge and imagining all the wicked things I’d do to her when our paths finally crossed again.
I just had no idea it would be so soon.
The last thing I expected when I re-entered the world was to find myself right in the middle of hers.
The girl who betrayed me, the snitch who ruined me—here for the taking.
While she’s been oblivious here in Rosewood, I’ve been trapped in hell.
Better watch your back, Harley Hunter.
You’re about to be owned by a Legend. 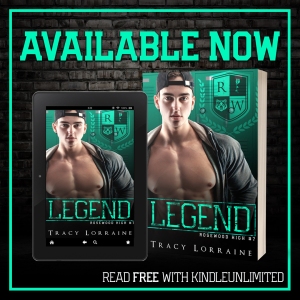 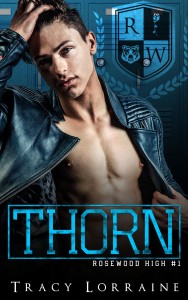 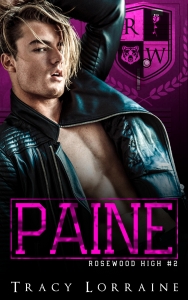 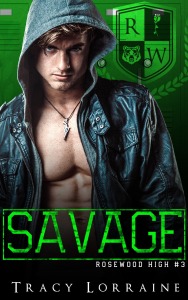 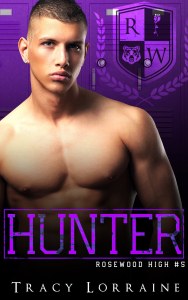 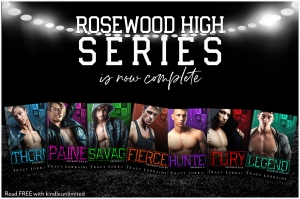 Tracy Lorraine is a M/F and M/M contemporary romance author. Tracy recently-ish turned thirty and lives in a cute Cotswold village in England with her husband, daughter and lovable but slightly crazy dog. Having always been a bookaholic with her head stuck in her Kindle Tracy decided to try her hand at a story idea she dreamt up and hasn’t looked back since. 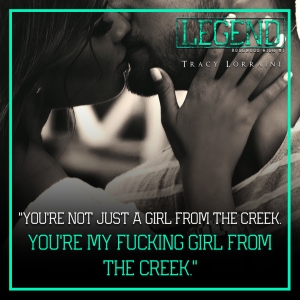 Legend by Tracy Lorraine
My rating: 4 of 5 stars

This has been one of those series that I have totally fallen in love with. The characters have made me feel at hone in their world so have had the time of my life.
Harley fears coming face to face with Kyle. Her brothers friend, they share for what for him was a terrible night. He hates her and she hates him. But they can’t seem to stay away for the other.
I love their chemistry as the angst of their story. I love how tough and tender Kyle is and Harley is the girl he has to have. I adored these two and I hate to see the series go. Looks like a re-read will be coming soon. 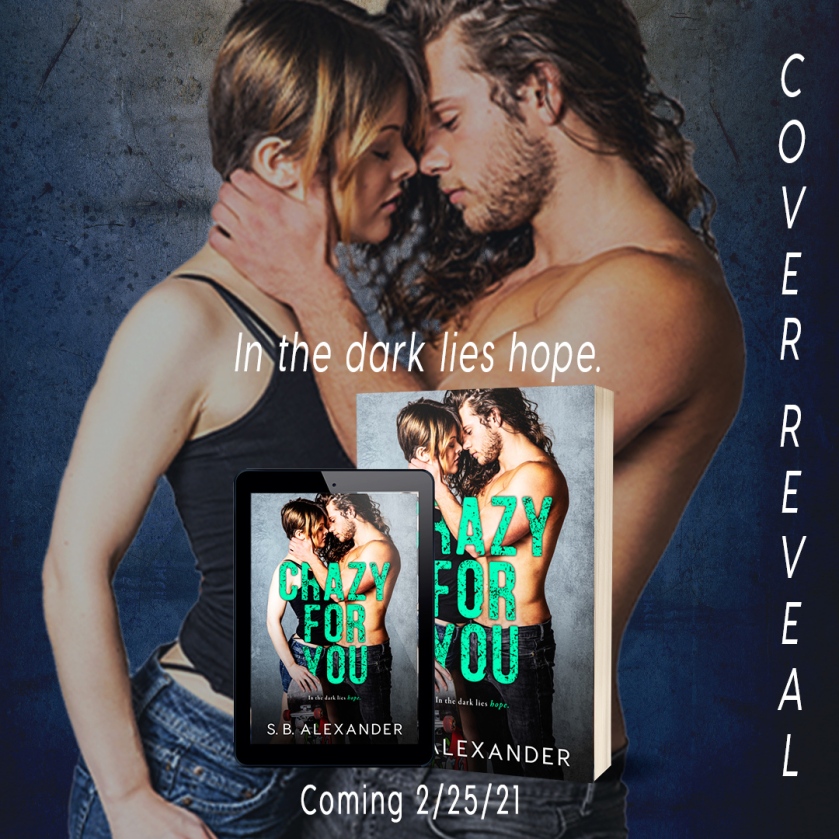 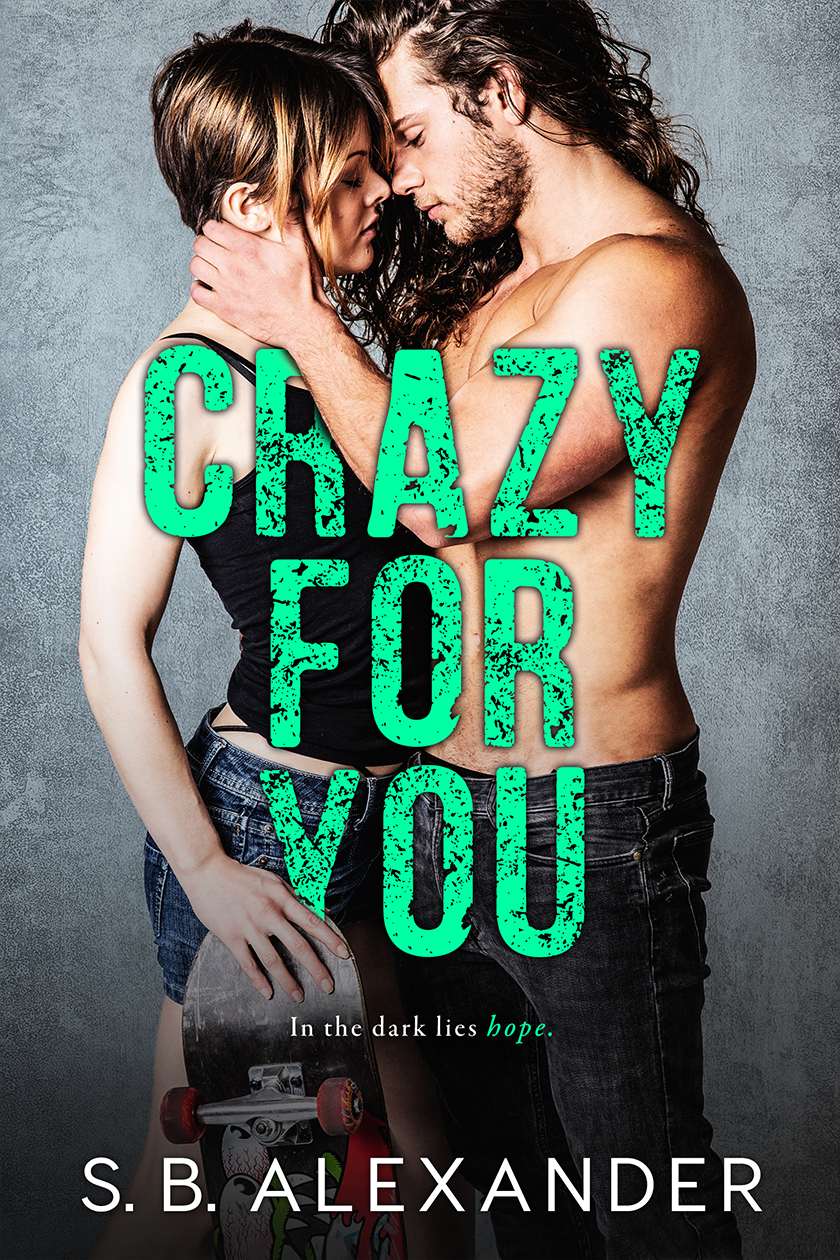 Beneath the Stars Excerpt Blitz 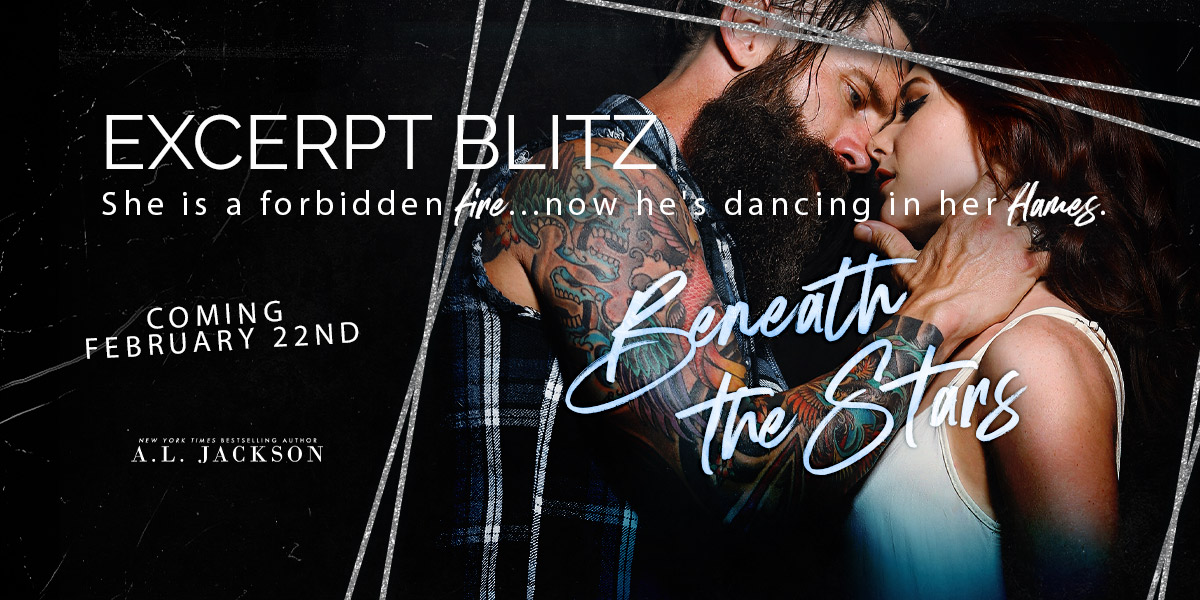 Beneath the Stars is coming 02/22, and I’m thrilled to be a part of the except blitz. Check out the fire that is coming to you in this friends-to-lovers romance!

“Just how strong are ya, Mag Pie? Think you can sling me on that back and carry me inside?” He managed to only half slur the words.

Droplets of giddiness dripped into my chest. A well gathering fast. “You’re asking me if I can lift a Mack truck?”

“Hell, no. Just if you can tackle a stallion.”

He waggled his brows, though it was sloppy and goofy and kind of adorable, and god, how easily I could fall for this man.

“What would you say if I wanted to try?” I whispered, throat so tight it was difficult to speak.

He grunted. “I’d say that sounds like a mistake.”

“I thought you said I needed to make a few mistakes along the way?” I lifted my chin, my eyes searching his face in the darkness.

He forced a grin that felt wholly faked. “Ahhh…a few mistakes are called for. But believe me, baby, you don’t want this kind of tragedy.”

I glanced back at the house. “I really should get Royce. He can help me get you inside.”

Rhys huffed out a laugh, shoving off the darkness that had gathered around him like a violent storm. He cocked a playful grin. “Think I’ve received my full allotment of death threats from your brother today, thank you very much. I can make it just fine.”

“Let’s just say he made our boundaries very clear.” He gestured at the bare space between us. “Just so you know, we’re already crossin’ them.”

I huffed a sigh.

“Richard?” I offered instead.

“Nope. Good as new. Can’t keep a good man down.” His words were all slurry and mushed together.

He hopped up like he was going to prove the point.

Only he stumbled three feet to the side.

A goliath who swayed.

I jumped up and rushed to his side. “Whoa there, cowboy. You keep it up, and you’re definitely going down.”

He leaned against me, slinging his arm over my shoulders.

The man heavy and hard and pure masculinity.

He staggered a bit, and I struggled to keep him upright, because holy crap, he was made of brick.

Suddenly, his nose was in my hair. “Why you gotta smell so good, Mags? And this dress.”

My brain was short-circuiting with him this close.

With the words that slipped from his mouth so errantly.

With the way his fingertips grazed over the silky fabric in the barest brush.

It consumed my flesh.

But it was my heart that was at risk.

Can’t wait for the release? Be sure to vote for BENEATH THE STARS as one of your most anticipated February reads on Goodreads!

“AL Jackson wrecked me and put me back together with this book. I fell for Rhys and Maggie’s story from page one!” 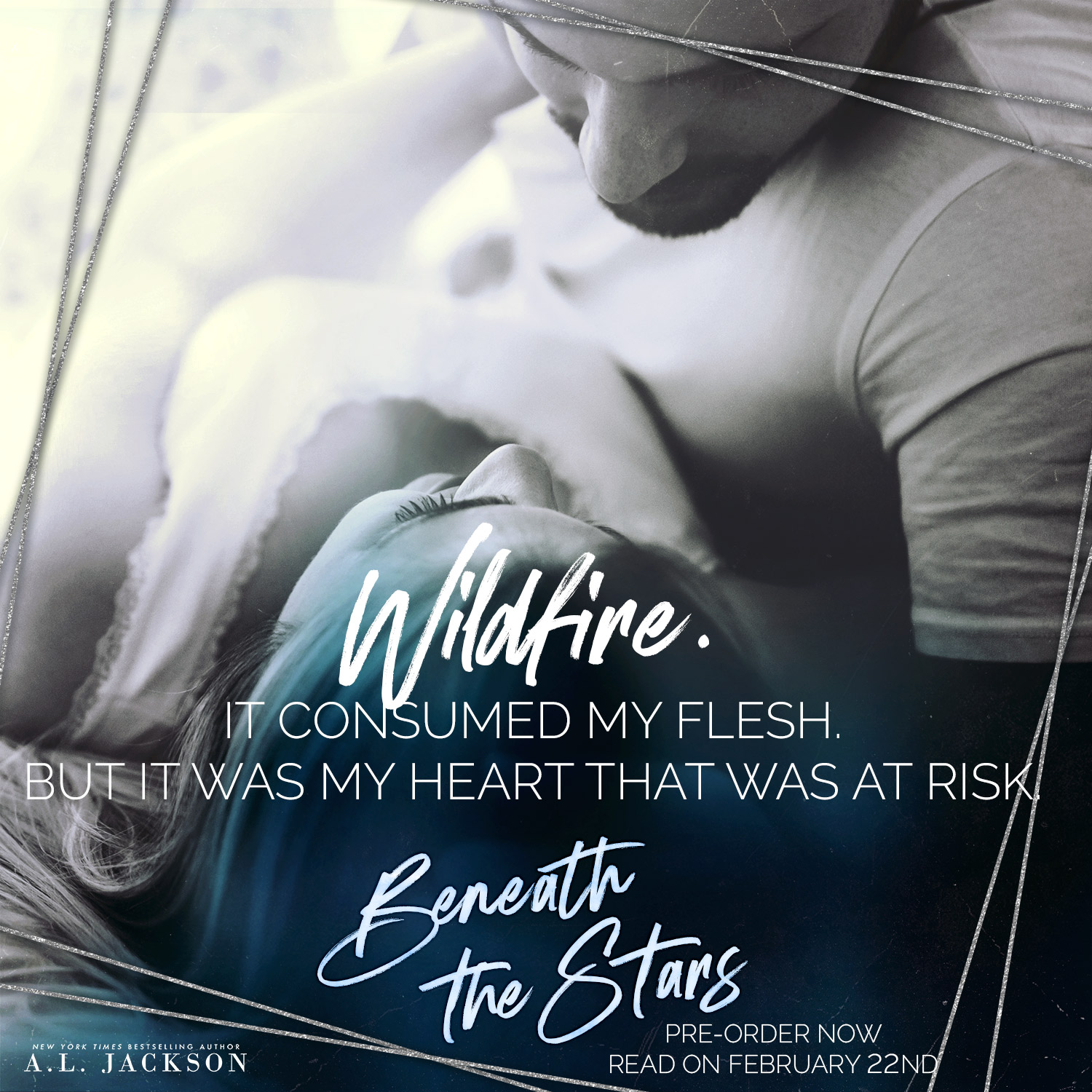 Win a Signed Paperback of Kiss the Stars

A.L. Jackson is the New York Times & USA Today Bestselling author of contemporary romance. She writes emotional, sexy, heart-filled stories about boys who usually like to be a little bit bad.

Her bestselling series include THE REGRET SERIES, CLOSER TO YOU, BLEEDING STARS, FIGHT FOR ME, CONFESSIONS OF THE HEART, and FALLING STARS novels. Watch out for her upcoming stand-alone, BENEATH THE STARS, releasing February 22nd.

If she’s not writing, you can find her hanging out by the pool with her family, sipping cocktails with her friends, or of course with her nose buried in a book.

Be sure not to miss new releases and sales from A.L. Jackson – Sign up to receive her newsletter http://smarturl.it/NewsFromALJackson or text “aljackson” to 33222 to receive short but sweet updates on all the important news.