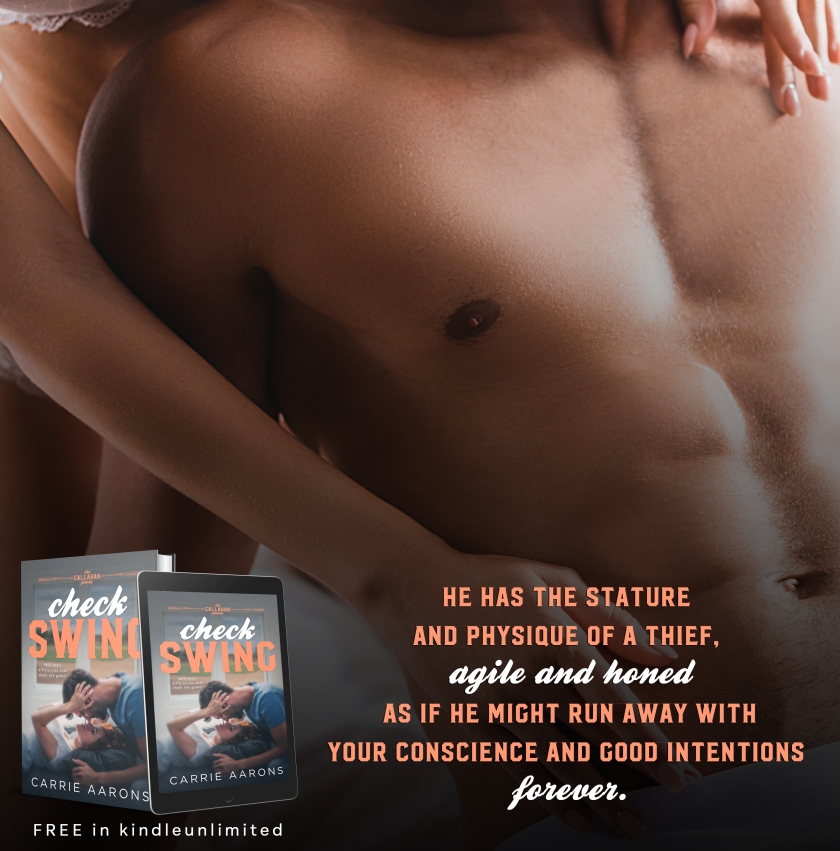 Check Swing is now live! The next Callahan Family book is here, and it’s a sports romance with a surprise baby twist!

Check Swing by Carrie Aarons
My rating: 5 of 5 stars

So happy for Sin!

What a great read. One of my favorite things is strong female characters and that’s just what Frankie is. She’s tough, smart and a hard worker. Exactly what Sin hasn’t been. But now that he’s sober, he’s finally starting to learn to live.
These two are perfect for each other. They balance each other out and both have their demons. I really enjoyed the story and the chemistry these two have. I feel in love with these two and can’t get enough of the Callahan’s.

You could be next…
The devil MC offered to teach me everything I'd need to know to get the perfect guy....then ended up taking my soul.
Bianca has finally found her rightful place amid the powerful Constantines. But all is not what it seems in this glittering new world. And Tiernan Morelli refuses to give her up...
The stakes are higher than money. They're deeper than secrets. They're life or death when Mason Hill sets his sights on the Van Kempt family…
Falling for your best friend is one thing, accidentally getting knocked up by him is another…
Roast the chestnuts and hang the stockings, Gage has a plan!