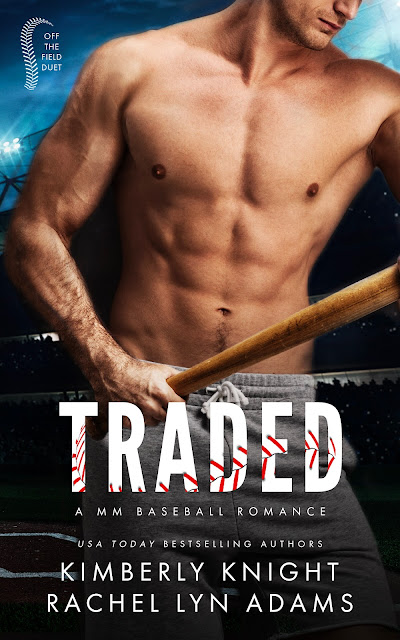 Title: Traded
Series: Off the Field Duet #1
Authors: Kimberly Knight & Rachel Lyn Adams
Genre: MM Sports Romance
Cover Design: IndieSage
Release Date: March 31, 2022
BLURB
Aron Parker is one of the best players in professional baseball. Following in his father’s footsteps, his entire life revolves around the game. Opponents call him cocky, and they aren’t wrong, but no one knows the driving force behind his arrogance.
Until he has to play nice with his enemy.
Drew Rockland is the epitome of calm and collected on the mound. As a veteran player, he knows what it takes to pitch under pressure while keeping his emotions in check.
Until he faces Aron and loses his cool.
Aron’s showboating and Drew’s old-school ballplayer demeanor instantly puts them at odds, resulting in an all-out brawl on the field and a suspension. After the fight, all should have been forgotten, but an unexpected trade places them on the same team … and in the same apartment.
Off the field, there is no one to pull them apart …
But maybe they prefer it that way.
Traded is a MM enemies to lovers romance with first times and secret hook-ups that will leave you begging for more. 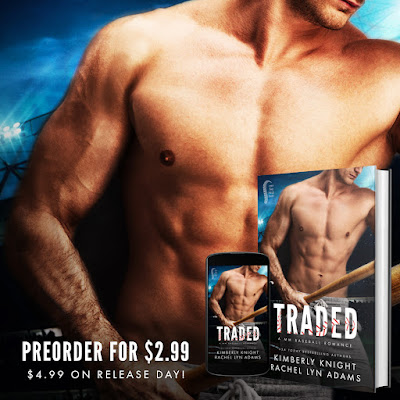 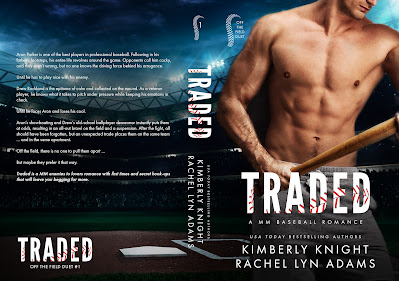 KIMBERLY KNIGHT
Kimberly Knight is a USA Today Bestselling author who lives in the Central Valley of California with her loving husband, who is a great research assistant, and young daughter, who keeps Kimberly on her toes. Kimberly writes in a variety of genres, including romantic suspense, contemporary romance, erotic romance, and paranormal romance. Her books will make you laugh, cry, swoon, and fall in love before she throws you curve balls you never see coming.
When Kimberly isn’t writing, you can find her watching her favorite reality TV shows, including cooking competitions, binge-watching true crime documentaries, and going to San Francisco Giants games. She’s also a two-time desmoid tumor/cancer fighter, which has made her stronger and an inspiration to her fans.
WEBSITE
FACEBOOK
INSTAGRAM
PINTEREST
RACHEL LYN ADAMS
Rachel lives in the San Francisco Bay Area with her husband, five children, one dog, four cats, a guinea pig, and a bearded dragon. When life isn’t complete chaos, you’ll often find her staring at her laptop trying to keep up with the characters in her head.
FACEBOOK
FACEBOOK GROUP
INSTAGRAM
BOOKBUB
GOODREADS
AMAZON
NEWSLETTER
WEBSITE 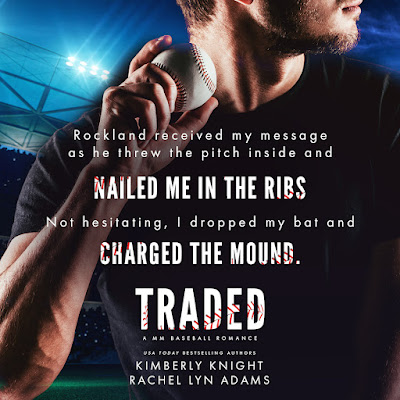 TEASER REVEAL
ALL NEW M/M FRIENDS TO LOVERS ROMANCE!
❤️❤️❤️❤️ JANUARY READS ❤️❤️❤️❤️
TREAT YOURSELF TO FIVE #FREE BOOKS!
The Bailey and Greene families merge together when Piper Rayne delivers the book their readers have been begging for!
♥ 𝐑𝐄𝐕𝐀𝐌𝐏 𝐑𝐄𝐕𝐄𝐀𝐋 ♥